Josephine trained physical theatre with East 15 Acting school, with LAMDA in Drama and Speech Education and in L.A for Film and T.V acting, working with casting directors from ‘Desperate Housewives’, ‘The Bold and the Beautiful’ and ‘General Hospital’. Her career as both a performer and a teacher has led her all over the world and she has worked with a variety of people of all ages and backgrounds. Including a recent return from Broadway’s 42nd Street where she performed in a run of Kenny Wax’s production of ‘Around the World in 80 Days’.

She debuted in film as the lead in the British Asian production of ‘Shame’, which was shortlisted in the Satyajit Ray film festival and Nominated for Best Short film in the East End Film Festival 2010. In addition to this Josephine has worked as a teacher and theatre practitioner, as well as an LSA and behavioural support coach in mainstream, independent, special needs schools, pupil referral units and young offenders institutes. Including specialist workshops in Shakespeare and Movement with RADA, LIPA and National FE and HE colleges.

Josephine established JADA in 2005 and it is one of the most established theatre schools for acting and theatre in Essex. With pupils having performed all over the UK and Europe in both professional and student productions. 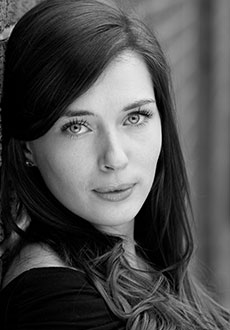 Lauren is a professional Dancer, Singer and Actress. A graduate from The Urdang Academy gaining a National Diploma in Musical Theatre and Dance, she has been performing since the age of 3 starting out at The Adagio School of Dance (Brentwood) achieving qualifications for Ballet, Modern and Tap ISTD examinations.

Her professional experience since graduating includes;
Warm-up Artist for 'The Alexandra O'Neal Show', Dancer on BBC1's 'The One Show' working with renowned choreographer and ex Strictly Come Dancing judge Arlene Phillips. A dancer for a ‘Great Gatsby' event in Earl's Court London aswell as performing in pantomime productions such as, Sleeping Beauty playing the role of Queen Esmerelda and Princess Jasmine in Aladdin.

With her wealth of experience in the professional world, Lauren is now delighted to be a part of the fabulous team at JADA, and is passionate for teaching and passing her training and knowledge of the performing industry onto aspiring performers. 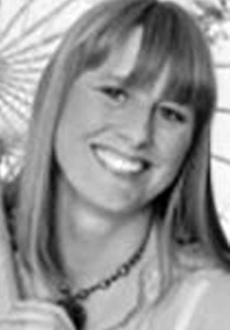 PA to The Principal & Pastoral Care

Lynne has been a part of the JADA Team since it’s inception in 2005. She is responsible for the day to day running of the office and studio building, as well as being responsible for the Pastoral Care of the Students and one of the appointed first aiders on site. Her main skills however; are in the area of tea making and tuck shop operation!

Lynne very much enjoys working around young people and has loved watching many of them grow from children into young adults during their time at JADA.

Her background is in Secretarial/Administration in her Professional life and as a Mum in her personal life. Both of which come with a variety of skills that she enjoys using here at JADA. 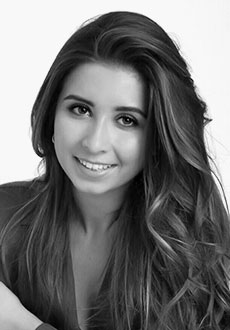 Megan began dancing at a young age and then went on to do her BA in Dance at the Institute of the Arts Barcelona.

Since graduating, Megan’s dance career has taken her all over the globe dancing at shows in Greece, Morocco, Spain and London. Dancing in 5* resorts, Bollywood shows, Gay Pride performances, Rita Ora’s Soccer Aid Performance and filming for promotion video’s of Britains got Talent. Megan is also a dancer with Southend United Football Clubs 'Blue Belles'.

Alongside her performing career since graduating, Megan has increasingly benefited by reflecting her experiences and knowledge to increase the development and progression of budding dancers technique and performance skills and confidence, choreographing and teaching for all ages from baby classes to adults.

Megan is forever grateful to further her teaching at JADA with the wonderful team of talented teachers and staff and excited what the future has to hold for all the children participating in exams, competitions and classes! 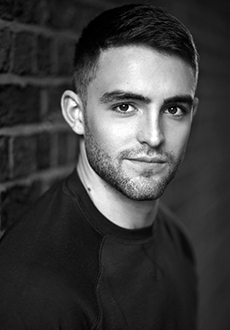 Born in Derby, Jack has been involved in theatre since he was around 7 and became involved in his local village pantomime.

He recently graduated from East 15 Acting School from the Acting and Stage combat course. Jack has performed as Demetrius in 'A Midsummer Nights Dream', Bernardo in 'West Side Story', Rob in '13'.

Recently he is also become the Director at the newly formed Chronologics Theatre Company as well as an actor and performer, they're aimed around devising and creating new theatre.

Jack's aim is to help make our students at JADA the best they can be. 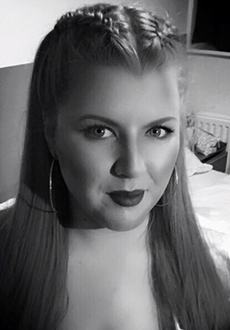 'I’m Back and ready to teach!'

Many of you may know that Alice started off her passion of drama at JADA when she was 11 in the youth theatre. Staying as long as possible, performing in many shows and taking her LAMDA Acting exams. Alice went on to study Drama at the university of Lincoln 2014-17, focusing on theatre in education, community theatre and site specific performance. Not only did the experience of university open my eyes to a new world of performing, it also taught me a lot about the benefits of drama for young people. I finished off my final year by producing a dissertation “discussing how community based projects help to nurture young peoples involvement with the arts, and endeavour to boost their social performance” This has fuelled my desire to teach drama and performing arts to children of all age ranges.

During the week Alice teaches Drama/Performing arts in a local secondary school, so being able to come back to JADA and teach younger ages has really given me the best of both worlds. I couldn’t be more grateful to Josephine for not only teaching and inspiring me, for for also giving me the opportunity to follow in her footsteps. 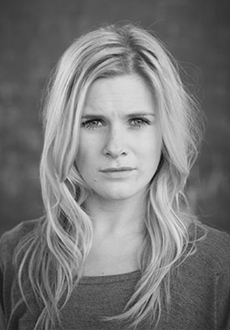 Lauren trained from a very young age and worked a lot in the T.V industry and theatre. She then graduated from Masters performing Arts college in 2010 and went straight onto the X factor. After this she gained a part staring in Holby City as a plastic surgeon patient; Rose. Lauren has been in many adverts including Pepsi, cancer research and internet online banking among others.

Her theatre work ranges from comedy such as 'Danny knows best' at the Drill Hall Theatre London, to various pantomimes, starring as Cinderella in the pantomime 'Cinderella' and Alice in 'Dick Whittington'.

She has been teaching LAMDA Drama and Musical Theatre for over 4 years now in many various schools across London and Essex. She is very excited to run the singing department at JADA.

Alice began dancing at the age of two and continued her training when she moved to Hong Kong two years later. She has trained extensively in Ballet, Tap and Jazz, while completing her RAD Ballet exams and ISTD Tap and Modern exams, gaining Distinctions throughout. At 16 she was accepted to the Hong Kong Academy for Performing Arts as a full time Ballet student where she gained a Diploma in Dance, before returning to the UK to attend the Guildford School of Acting where she graduated with a BA(Hons) in Musical Theatre.

Some of Alice’s credits include playing Sleeping Beauty (Riverfront Theatre), Cinderella (Belgrade Theatre), Ivy Smith in *On The Town *(Ivy Arts Centre)* ,* and Ariel Moore in *Footloose, *(HKAPA). Her screen credits include 'Meg' WILL - a series for the TNT network USA, 'The Revenger: an Unromantic Comedy' (Solar Productions UK) and 9 TV shows for the RTHK Network. Alice has also worked as a dancer at Hong Kong Disneyland and has danced with the Hong Kong Ballet Company. 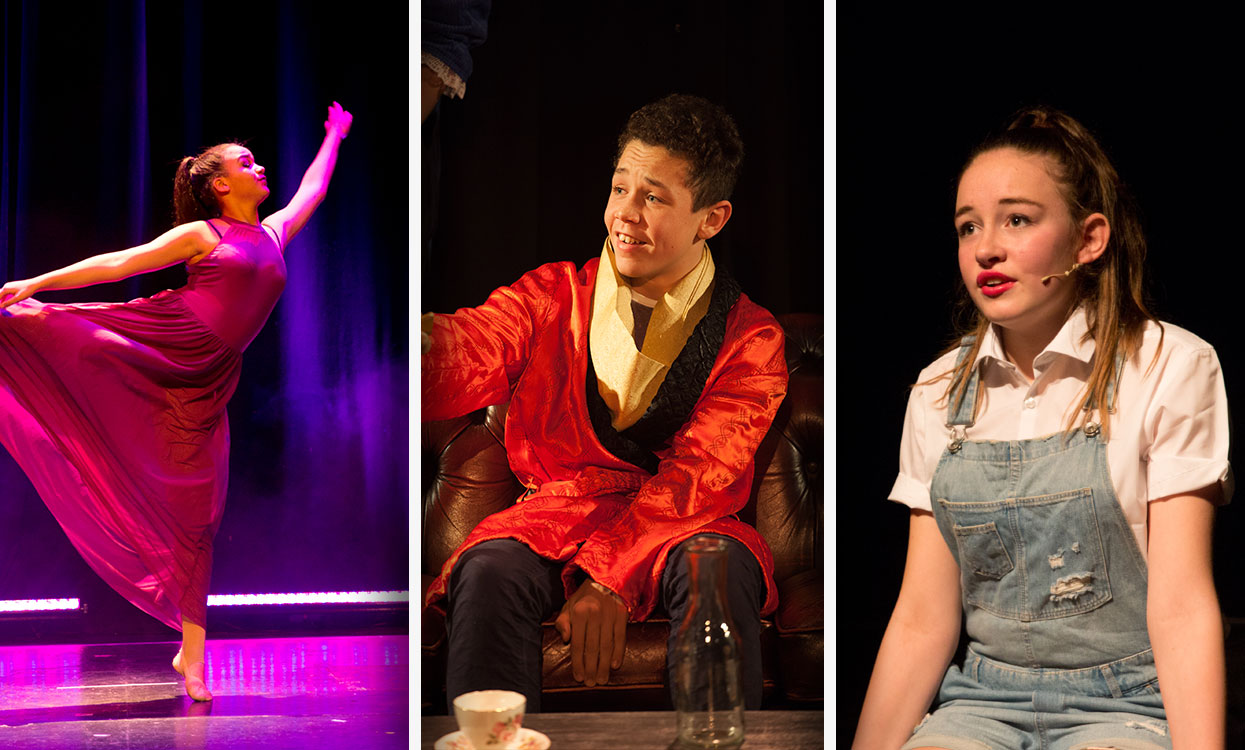 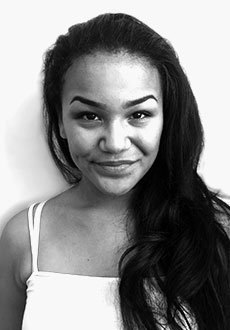 Ella started JADA when she was 4 yrs old and has taken every class we offer.Ella was junior dance captain from 2017-2018.

JADA has opened so many doors for me and it is where I truly found my love for performing. Taking classes here has given me a lot of confidence, the courage to try new things, and most importantly it has shaped me to be the person I am today.

One of the best things about JADA is that it has allowed me to work with so many amazing people. Over the years I have seen younger pupils grow up into mature, wonderful people, older pupils go on to do great things, and my peers live their journey alongside mine.

JADA has also given me the opportunity to travel, taking me across the country and even across Europe, from places such as Blackpool to Italy. I know there are many more opportunities to come.

Here we are one massive family and so I am very honoured to represent JADA as Head Girl.

JADA is an amazing place full of fun and enjoyment. I am always excited to attend my classes, I feel the teachers really care about me and understand me.

The school has given me a real understanding of performing arts. I have been part of several performances, some improvisations and some theatrical plays staged at a local theatre. These experiences have increased my confidence and my ability to communicate.

The good thing about JADA is that although I am going on a personal journey, I am also going on a journey with my classmates and teachers. This means I have made strong connections with all the people at JADA - it is my second home.
I feel honoured to be head boy - I’m really looking forward to supporting all the performers and contributing to the life of the school. 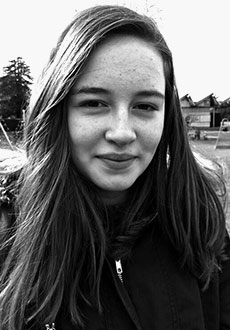 JADA is such a massive part of my life and has given me so many amazing opportunities. JADA has extraordinary teachers that encourage each and every one of their students to be proud of what they can do and what they can achieve.

Personally my confidence has really grown and my love for performing has really blossomed due to the help from my teachers, mentors and my peers at JADA. I regularly perform at the Palace theatre, cliffs pavilion and across the country for competitions.

I have also taken grades in singing, dancing and acting. JADA has not only just helped me personally but allowed me to help others. I have assisted in singing and dance lessons for younger students, this has helped so many of my skills as a mentor, to thrive and improve.

JADA is such a massive part of the community and always welcomes every single person that enters the doors. Every single student at the school is encouraging, loving and supportive. JADA is truly a community and welcomes all. I am so happy to be apart of it.